VoIP Resale: It’s all about the margins and margins are supported by low labor. Low labor is driven by simple systems that work well. Low labor also means that your systems have to be easy to understand. In the case of VoIP that just isn’t the case. Above you’ll see the current implementation of IP Office. If this debuted in 2001 it might’ve been state of the art, but here it’s just dated. Everything about this interface screams “I need support!” which directly equates to labor. 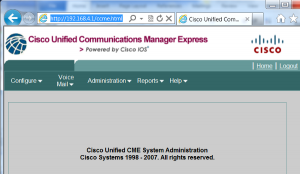 Cisco CME is not much better than the Avaya interface but at least it isn’t commandline only any more.

Cisco is the oldest competitor here and they have an interface that looks straight prehistoric. When things are clunky, old and slow, and the borders don’t line up, and the color palette was chosen by someone who didn’t care, your customers notice. So Cisco also has an interface that looks like it came straight out of the 90′s and you might start to think that I’m picking on the On-Premises vendors, but it doesn’t have to be this bad. 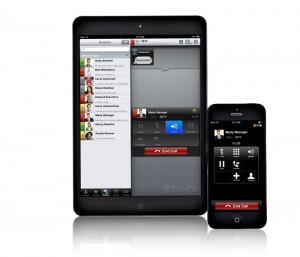 ShoreTel Shows how On-Premise vendors can do it right!

So here’s a great example of a company providing an on-premises solution and really nailing the customer experience. See the colored interfaces, the management of user attention with highlighting? The point of these things isn’t that they are nice to look at; that’s not something I really care about. The point is that the way they look makes using them easier which means lower labor.

And that’s my point: Having a beautiful interface isn’t just about having something aesthetically pleasing; it’s about making your customers lives easier. Pick the one that you would want to use, not necessarily the one with the higher price tag. In the long run your customers will thank you. 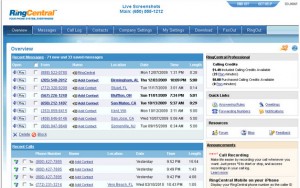 RingCentral has a cluttered Web Portal but it is clean and directed.

RingCentral offers a Web Portal that’s clean and directed but cluttered. I personally think they could remove some functionality, but they really nailed a lot of the details in their new iPhone application. If you don’t need to use the WebApp, RingCentral is delivering a pretty killer user experience, but they are not particularly friendly to Resellers. 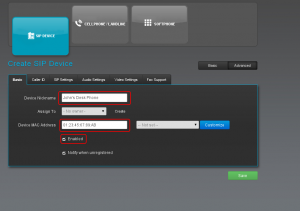 2600hz is an upstart. They claim to be able to produce the same feature parity as the big box vendors, but with very pleasing adapted interfaces. Their primary distribution is through resellers, and they’re quite aggressive about signing up partners right now. They appear to be iterating the fastest of any VoIP provider.

Let’s face it: there are TONS of providers you could partner with. Picking the one that keeps your labor the lowest will be the most profitable over the long term.